Review by Macy O’Hearn : Indiana Jones and the Last Crusade 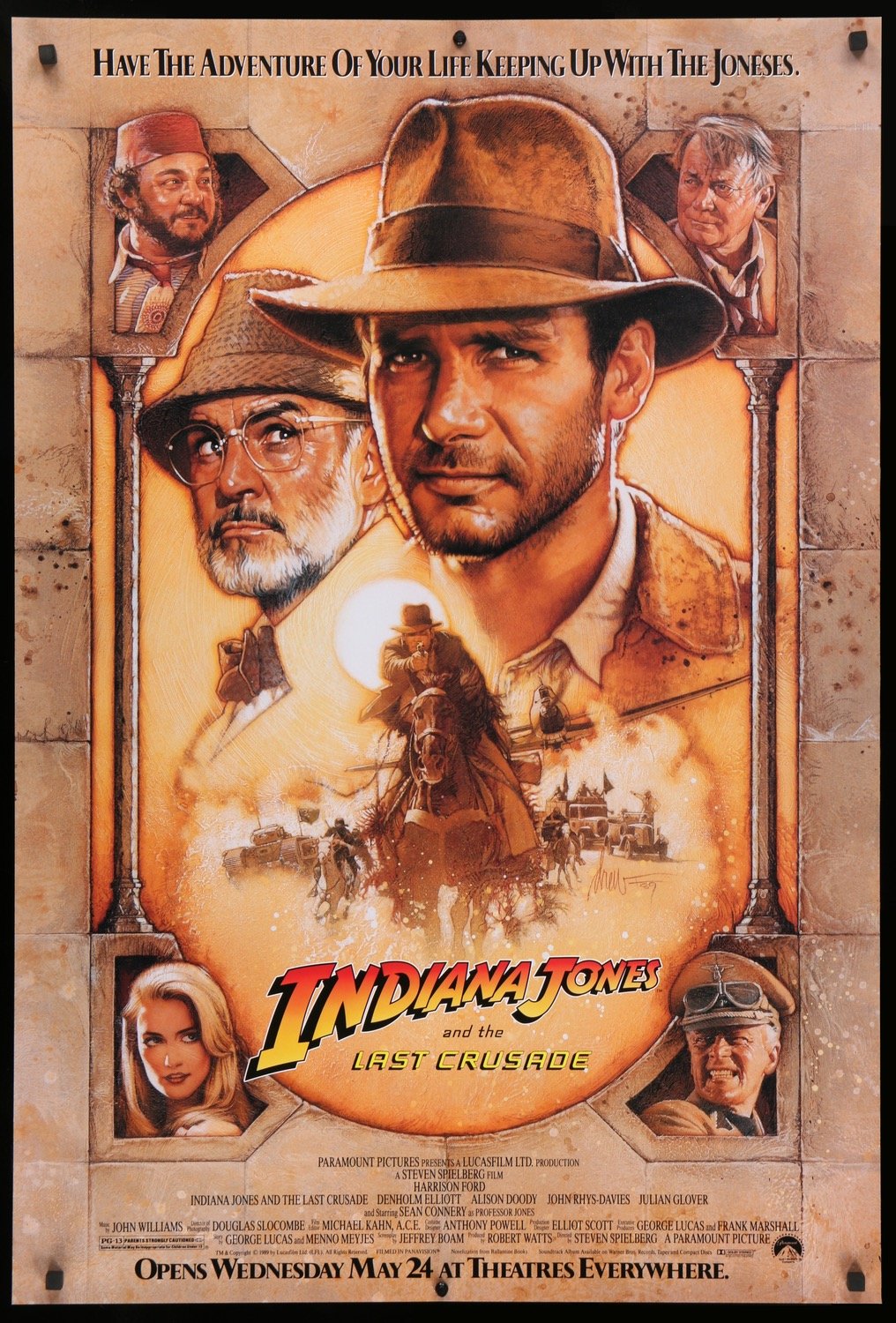 Indiana Jones and the Last Crusade (1989)

To commence our movie reviews we inevitably start with the world’s most famous archaeologist, a certain Dr. Jones! IAFS alum Macy O’Hearn starts by looking at Indiana Jones and the Last Crusade (released 1989), which although the last film in the original trilogy, appears to be most archaeologists favorite! Directed by Steven Spielberg and produced by George Lucas, the movie stars Harrison Ford in the title role and Sean Connery as his father, and is a guilty-pleasure for almost all archaeologists!

The movie open on Indiana Jones as a teen, attempting to rescue the Cross of Coronado from a group of rugged bandits. Right off the bat, the disregard with which he holds that cross is truly alarming. Not only are you using gloveless hands, Indy, but you’re really going to stick this priceless artifact in your belt and just hope it stays there while you run down the train tracks?

Next, we follow an adult Indiana to his job at a university, where he’s saying a bunch of nonsense about Egyptology and office hours. I would like to point out that the movie’s depiction of office hours is actually very accurate. He specifically said he would be there for an hour and a half, and yet within a matter of seconds we see him escaping out the office window. What university student hasn’t had that exact experience?

Later, Indiana and his buddy enter a library in Venice, hot on the trail of a kidnapped Jones Sr. Following Roman numeral clues in dad’s diary, ‘X’ marks the spot and we descend into a rat and petroleum-filled underground catacomb. First of all, there is not a single chance they would have made it through that enclosed space without passing out from the fumes. Second, the way they just casually push Sir Richard’s sarcophagus lid onto the ground? Poor form.

Eventually, we find Jones Sr. in a Nazi-held castle. After accidentally hitting Indiana with a vase during the attempted rescue, we get a real-life lesson in ceramics forgery from Jones Sr. He laments that it was not, in fact, a 14th century Ming Dynasty piece that he broke over his son’s head; it’s a fake, and you can tell from the cross-section. The bruise probably felt real enough, though.

Fast forward to the ‘canyon of the crescent moon’ described on the stone marker. Filmed at the very real ‘Treasury’ (or Al-Khazneh) at Petra in Jordan, we are led to believe that beyond the brilliant stone façade lies a huge set of enchanted passages and traps leading to the Holy Grail. In reality, the interior isn’t quite that impressive, and there are no circular saws coming out of the walls (unfortunately).

Using clues from dad’s trusty diary, Indiana completes a magical obstacle course—leading him and his Nazi captors to a room with a lot of shiny cups. Now, there’s no real-life evidence that drinking out of a fake Grail will cause you to die a terrifying, painful death and be judged by a ghostly crusader knight. But if you do happen to come across a room filled with shiny cups, maybe just… choose wisely?

Conclusion: It’s a truly careless handling of archaeology, but it’s a hell of a good time.