In January of 2018 the Digging the Lost Town of Carrig archaeological project commenced at Carrick ringwork (SMR WX037-028002-) in the Irish National Heritage Park (INHP), Ferrycarrig, Co. Wexford. The project, established as a partnership between the Irish Archaeology Field School (IAFS) and the INHP (with support from Wexford County Council), aims to assess one of the most historically significant, but lesser known, medieval sites in Ireland. The Carrig project is centred on a major research excavation of the ringwork, and later castle/settlement, which hopes to draw the site into the park as a ‘key attraction’, in the process providing added economic and amenity value to the local community. Crucially, through heritage engagement and education initiatives, the project aims to instil the site into public consciousness locally, nationally and internationally.

The site, built in the winter of 1169 by Robert FitzStephen, was the first recorded Anglo-Norman stronghold in the country, constructed the year before the main Anglo-Norman landing party at Baginbun. A stone castle, medieval borough and deerpark developed close to (or on) the site of the ringwork in the 13th century. However, despite the historical importance of the ringwork, its location within a heritage park, or the occurrence of previous excavations at the site in the 1980s, the site does not feature heavily in public memory. Thus, our work is an important step in establishing Carrick’s rightful importance to the medieval histories of the county of Wexford, the island of Ireland and our closest neighbours in England and Wales.

Since 2018 we have carried out archaeological excavation seasons at the site every winter and summer, and in 2019 celebrated the 850th anniversary of the Anglo-Norman landing and the founding of the Carrick site – when we launched our first book on Carrick and organised an international conference (see here). Excavations to date focused on the ringwork, later 13th century castle and 14th century hall and chapel. We now aim to continue this research but also to expand to other areas of Carrick’s settlement, such as the borough and deerpark – having already planned excavations at the site of the borough, with the kind permission of the landowner.

While the site is commonly referred to as Ferrycarrig, Carrick ringwork is in fact located in the townland of Newtown, on the southern side of the River Slaney, approximately 4km west of Wexford town. The site is situated at the head of a ‘promontory’ of land which falls dramatically in a sheer escarpment toward the river.

There is no clear archaeological evidence for occupation at the site before its 1169 foundation date, although a collared urn burial (WX037-029—) is located within Newtown Townland c. 200m southeast of the site. The historical importance of Carrick in the medieval period is, however, well documented and it features in both Expugnatio Hibernica and The Song of Dermot and the Earl.

In May of 1169 a force of approximately 500 to 600 Anglo-Normans led by Robert FitzStephen and Maurice de Prendergast landed at Bannow Bay on the south coast of Wexford. They were joined by the deposed Gaelic King of the Province of Leinster, Diarmait Mac Murchada with a force of 500 men, before marching and capturing the Hiberno-Norse town of Wexford. Lands, including the town of Wexford, were granted to FitzStephen and his half-brother Maurice FitzGerald, with the former fortifying his new grant by constructing a ‘ringwork’ castle on top of a large rock at Ferrycarrig (or Carrick). In 1171 Carrick was attacked by Domnall, son of Diarmait Mac Murchada, with a purported force of 3000 men, forcing FitzStephen into surrender. Accounts of the siege indicate that in 1171 the site consisted of a bank and fosse, with a wooden palisade (as well as a presumably wooden castle and potentially a wooden gatehouse).

The site, along with Wexford town, was granted to Strongbow in 1173, subsequently passing to Strongbow’s daughter Isabella de Clare upon his death in 1176. A stone castle at the site was almost certainly constructed between 1189 and 1231 when Carrick was under the control of the Marshal family, through the marriage of William Marshal to Isabella. Certainly, the first reference to a castle of Carrick is recorded at the time of William Marshal II’s death in 1231. Carrick was established as a borough at some stage during the early 13th century, as an inquisition in 1307 records a borough with c. 111 houses; the borough is now understood to have grown up to the east of the ringwork, having since been separated from the ringwork and stone castle in the modern landscape by the construction of the main N11 road in the 1980s. A deerpark, one of a handful of recorded examples in Ireland and perhaps one of the earliest, was also established at the site by the mid-13th century.

By the early 14th century Carrick is recorded as ruinous (a ruined hall and chapel are documented within the enclosure at this time). The decline of the town in the 14th century mirrors the experience of the Anglo-Norman colony in much of Co. Wexford and Ireland in general. The manor of Carrick, and a number of land sales, continue to be recorded in the 15th and 16th centuries, with the castle last recorded as ‘still remaining’ as late as 1587. The final destruction of the castle is likely to have resulted from quarrying in the 18th or 19th centuries, for use in buildings such as Wexford Bridge in the 1790s or Belmont House (1km from the site) in c. 1800. Stone from the castle was also used during the construction of a replica of an early medieval round tower (WX037-028001), constructed as a Crimean War Memorial in the middle of the ringwork, in 1857/58. ‘Traces’ of the site are recorded at still existing in 19th century documents and maps.

In 1987, following the construction of the N11 road, the landscape surrounding the park was established as the INHP, a 14-hectare outdoor museum that depicts 9000 years of re-created Irish history within natural forestry and wet woodlands. Covering prehistoric through to Anglo-Norman periods and featuring various buildings and structures typical of each period, the INHP has been engaging and educating the general public on Irish heritage for over 30 years. Ironically, despite the Carrick ringwork/castle being the only authentic archaeological site within the park, it did not feature heavily as an attraction. To encourage both public understanding of the site and increase tourist footfall to this area of the park, the INHP invited the IAFS to commence an archaeological project at the site in 2018. This was spearheaded by an international field school, which has exponentially grown in popularity in recent years.

Archaeological excavations have been undertaken at Carrick ringwork on three different occasions prior to the IAFS, in 1984, 1986/87 and 2015. The first occurred in 1984 when several cuttings, including one through the ringwork, were excavated by Isabel Bennett in advance of the construction of the INHP. Further excavations were undertaken at the site by Claire Cotter in 1986 and 1987, when six cuttings were excavated through the ditch and a further four were excavated on the interior of the site. Finally, keyhole excavations were also undertaken at the base of the Crimean War Monument (round tower), to facilitate the placement of lightning conductor mats for the monument, in 2015 by Emmet Stafford.

In January 2018, the IAFS commenced archaeological excavations at the site under license to the National Monuments Service (License Number 17E0318). Since that date we have re-exposed, and extended, three archaeological cuttings from the 1980s, as well as commencing three new cuttings. These excavations have been incorporated into a full program of historical and archaeological research, so that Carrick and might be better understood within its wider landscape – a program which has included high resolution geophysical surveys, 3D scans and geological surveys throughout Carrick’s medieval landscape. To date the excavations have helped assess the original 12th century defences, 12th century structures and 13th-14th century masonry buildings on the site, as well as their overlying deposits. The results of these excavations is already widely reported (see below or follow our social media). 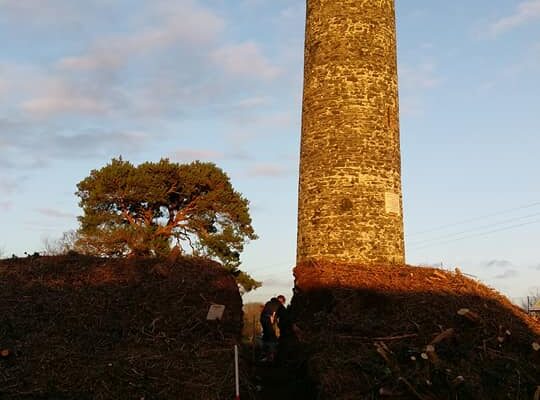 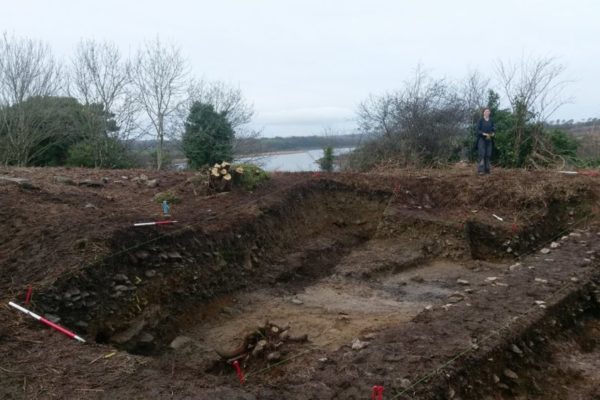 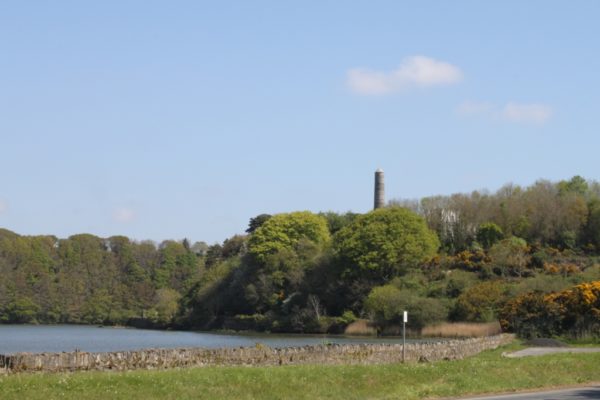 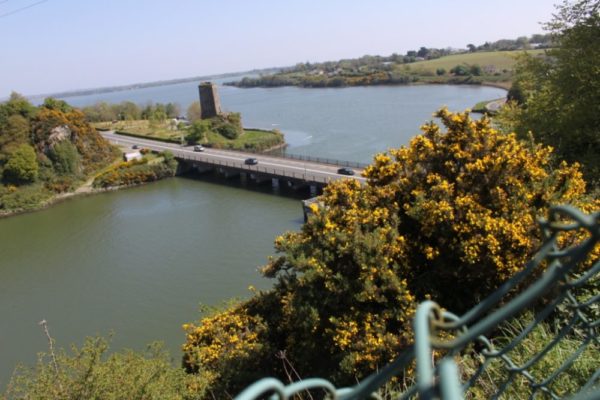 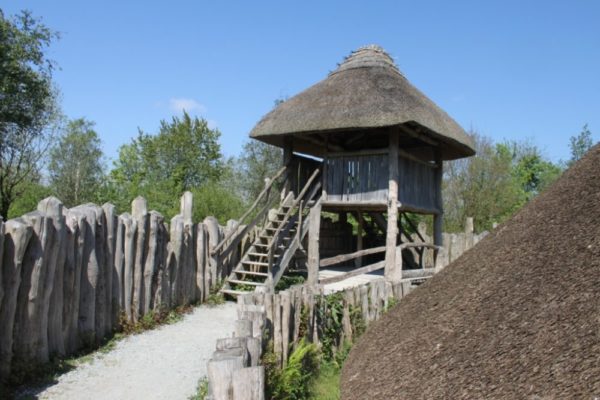 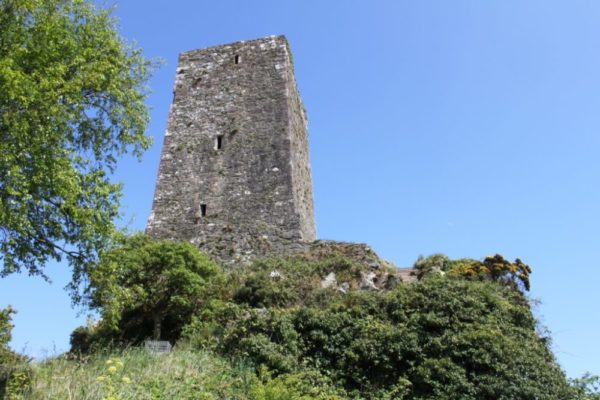 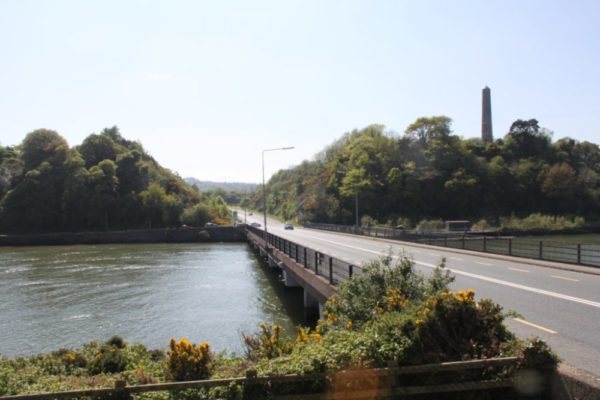 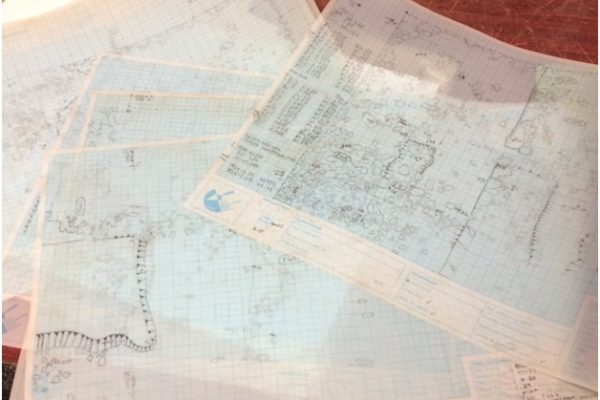 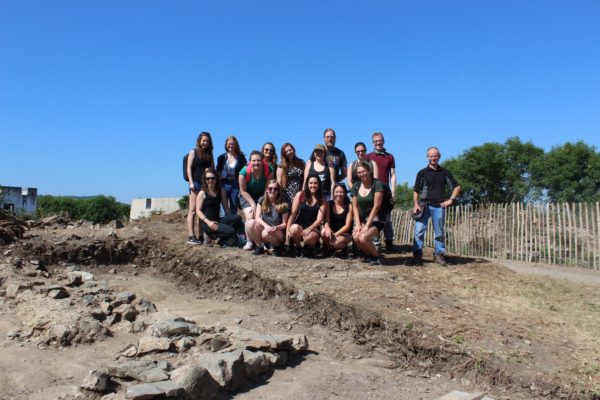